From 15 - 17 February 2019 Lake Resia was the host for more than 90 Snowkiters from all over Europe at this years second IKA Snowkite Worldcup stop with Florian Gruber (GER) being the dominating force in both ski course racing and long distance disciplines.

The first day was all about the long distance race, where more than 70 Snowkiters fought to finish the course around the lake as fast as possible. After seven laps and approximately 50 km in 90 minutes Florian Gruber (GER) finished just before Felix Kersten (GER) and Pavel Kolabin (RUS) in the ski division.

In the snowboard division Reinhold Gehrer (AUT) was the clear winner. Behind him, Denis Garashchenko (RUS) had a battle with Bruce Kessler (CH). Garashchenko was able to prevail and crossed the finish line in second place. Kessler followed him and took the third place.

Saturday and sunday was all about Freestyle and Course Racing. The second day brought bright sunshine and a stable northerly breeze of 8-14 knots. In the ski division Gruber was given the trophy for the first place a second time during the event due to his kite skills. Nikita Kodanev (RUS) tried hard to fight against his countryman Florian Gruber but could not beat his outstanding performance. Though with one podium spot it was truly a successful weekend for Kodanev. The third place goes to Pavel Kolabin.

In the snowboard division Miroslav Schuetz (CZE) led the riders across the ice and was the first to cross the finish line. He was followed by Bruce Kessler (SUI) and Artem Renev (RUS).

Also the girls showed that they belong on the racing track. On her snowboard, Valeria Garashchenko (RUS) won most of the races in first position and therefore again got the well deserved first position on the podium. Chanti van Boxtel (NED) saved herself the second place before Carola de Groot (NED).

In the discipline ski women Jana Schader (GER) left Cristina Corsi (ITA) and Mariska Wildenberg (NED) behind and scored her first spot on the podium this year.

Parallel to the course racing the freestyle competition took place and the riders were able to show great performances.

Artem Sarashchenko (RUS) was the best of the freestylers and achieved the first place. The second-best performance was presented by the South Tyrolese Flavio Marx. Fabian Oberhofer, also from South Tyrol, followed in third place.

After 4 successful races, spectacular freestyle battles and a few protest hearings the traditional riders dinner and the after race party took place at Kulturhaus Reschen. Besides that the winners of the long distance race and the ones of the freestyle competition were presented their awards. Unfortunately the wind didn’t show up on Sunday so that the spectators and competitors enjoyed the wonderful weather and great atmosphere in the event village.

The windless third day was no disappointment for the many spectators though who came out to the event village to enjoy the hospitality and get a taste of the local food and drink specialities on offer. Old and young enjoyed the sunshine. 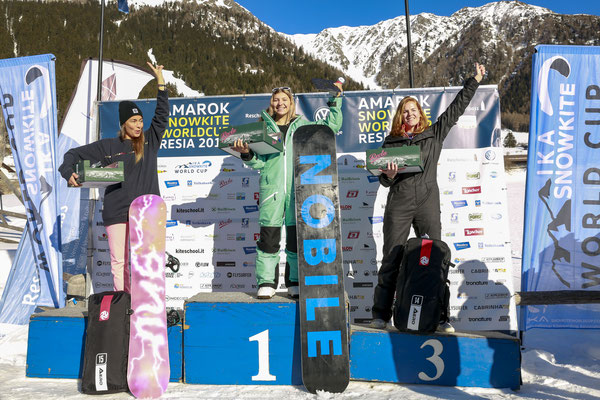 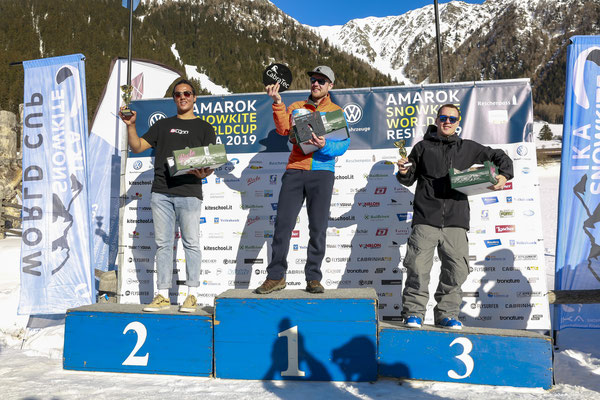 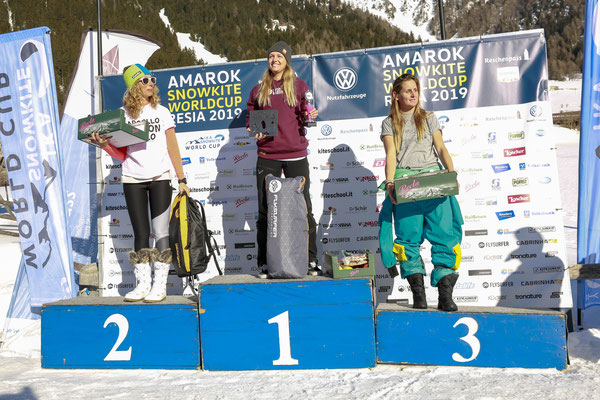